Who We AreWe are lawyers, advocates, and truth seekers.

We envision a fair justice system that always seeks the truth so innocent people never have to spend a day in prison.

Our team fights for innocent people, providing free legal and investigative services to those who have been wrongfully convicted. We are the only independent, nonpartisan voice in Washington State advancing key reforms to prevent wrongful convictions and improve our justice system. 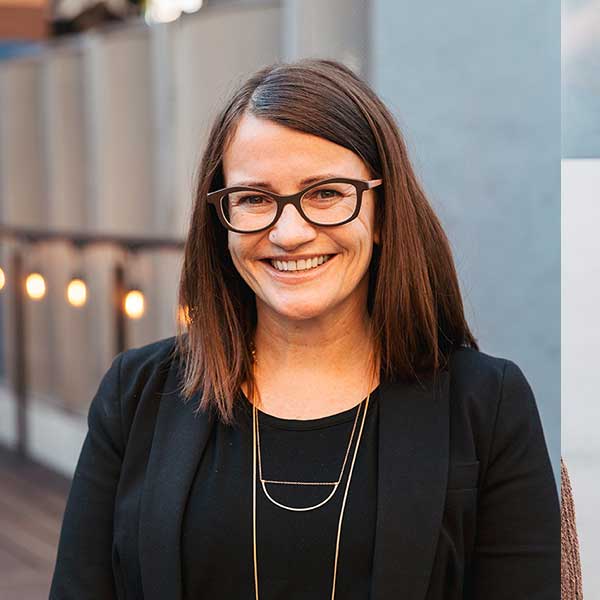 We’ve been at it for more than 20 years.

Through the work of our dedicated staff, students, and pro bono partners, along with the generous support of our donors, Washington Innocence Project has exonerated 15 men and women who collectively served over 100 years in prison for crimes they did not commit. We also helped secure freedom for nine other individuals.

Our efforts to improve criminal justice in Washington and support exonerees has led to important reforms and new laws for better eyewitness identification procedures, preservation of crime scene evidence, and access to post-conviction DNA testing. We also advocated for legislation that is now law—and compensates exonerees for every year they lost their lives serving time for a crime they didn’t commit.

Originally a project of the University of Washington (UW), Washington Innocence Project has been fortunate to enjoy the support of UW School of Law as we have grown over the past two decades. Since the launch of our client representation clinic in 2002, and our legislative advocacy clinic in 2011, more than 200 UW Law students have represented innocent Washingtonians and advocated in Olympia for policy and legislative changes to identify, prevent, and rectify cases of wrongful convictions.

Today, we are an independent 501(c)(3) organization. As the requests for help increase every year, this structure gives us greater latitude to raise funds, advocate for policies that prevent wrongful convictions, and grow to serve more innocent people.

Washington Innocence Project is honored to be a leading organization in the worldwide innocence movement. This is a role we could not play without the longtime support of so many. What is Washington Innocence Project?

Washington Innocence Project is an independent nonprofit organization that provides free legal services to men and women in Washington State who have been wrongfully convicted, helps prevent wrongful convictions through education and policy reform, and supports exonerees and freed individuals as they rebuild their lives in freedom.

How did Washington Innocence Project get started?

In 1997, Jackie McMurtrie founded Washington Innocence Project—then called Innocence Project Northwest—at UW School of Law as a volunteer project. It was the third innocence organization and second “Innocence Project” in the country. Jackie was inspired by the Frontline documentary “What Jennifer Saw,” which tells the story of a North Carolina man who spent 10 years in prison before he was exonerated of two rapes committed in the 1980s.

In the beginning, Washington Innocence Project was made up of a handful of volunteers investigating cases after receiving letters from inmates who were pleading for help. The organization’s first freed clients and exonerees were 11 men and women who were wrongfully convicted in connection with the infamous Wenatchee child abuse prosecutions. Jackie began teaching the Washington Innocence Project Clinic in 2002, and Policy Director Lara Zarowsky taught the Legislative Advocacy Clinic from 2011 – 2019. We now receive over 500 requests for legal assistance every year and continue to advocate with our pro bono partners on behalf of Washington’s wrongly convicted.

What is Washington Innocence Project’s relationship with the University of Washington?

We have transitioned from being a project of the University of Washington to an independent 501(c)(3) organization. As we have grown, we determined that we needed to evolve from a university-based clinic to operate as a full-functioning law firm in order to best serve innocent people in our state. While the future of the clinic has not yet been defined, we are grateful for the current support of the University of Washington to continue to be housed within Gates Hall. With time and the development of our resources, we look forward to offering externship opportunities to law students throughout Washington State.

What is Washington Innocence Project’s relationship to other innocence organizations?

Why did Washington Innocence Project become an independent nonprofit?

Our new status as a 501(3)(c) organization gives us more flexibility to raise funds, advocate for policies that could help prevent wrongful convictions, and grow to serve more innocent people. We will have more freedom to approach donors and apply for grants, with donations going directly toward freeing the innocent. Our new structure enables us to be stronger advocates, lobbying for policy change to prevent wrongful convictions, and signing onto amicus briefs in support of policies that align with our mission.

How is Washington Innocence Project funded?

How are donations used?

The path to exoneration is long and costly—and gifts of every size help. Donations help us cover costs required to request documents for investigation, visit clients in prison, obtain DNA testing, consult forensic experts and more. The results from one DNA test, which can cost anywhere from $500 to $5,000 or more depending on the complexity of the case, can be life changing for an innocent person in prison.

How can I help free the innocent?

There are many ways that you can be a part of our work. Visit our Ways to Get Involved page for the most up-to-date information about opportunities to volunteer and ways to be an advocate.

How do I request assistance from Washington Innocence Project?

Do you speak for clubs, organizations, or events?

We love telling our story and the stories of our freed clients and exonerees. Contact us with inquiries.

Are there organizations doing similar work in other states and countries?

Yes! There are innocence organizations dedicated to freeing innocent prisoners around the world. To learn more, check out the Innocence Network website.

Read about our work to end wrongful convictions

Get involved
to support
our work Eliza Exil is a paralegal for Washington Innocence Project, where she manages case intake and works closely with our attorneys on potential post-conviction DNA cases. She previously worked for United Way of Central New Mexico as a Project Manager for Mission: Graduate, an education policy initiative. Eliza is passionate about social and racial justice, and she is proud to be a part of the Innocence Movement. She is a graduate of Wellesley College, where she studied Peace and Justice Studies, and Public Health.